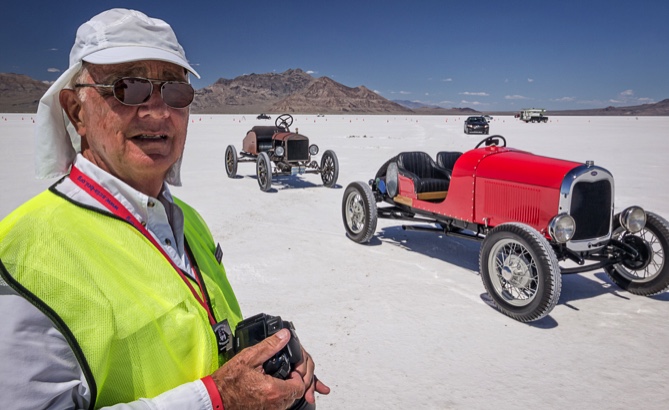 He did it. David, my older cousin and the cool teenager, introduced me to my teenager self.

He was a few years older than me. So when Rebel Without a Cause was released in 1955, I was about 10 and he was about 16.  Illinois allowed driving privileges to 15 year olds so you can imagine how awesome David was to this 11 year old. Not only did David have a car, it was a hot rod and he was a hot rodder.

His father gave him the old 1939 Ford two-door sedan when he was about 13 on the condition that he take it completely apart and put it back together. I remember the oversized garage, the hundred or so parts cans and jars filled with nuts and bolts. I remember the grease smudged factory manual and the assorted body panels that filled the space.

I remember the first time I rode in the finished 39, we went to a drive-in on the south side of Chicago that was filled with early customs and hot rods. To me the car turned out fantastic: flat head, dual glass packs, and painted in a slightly metallic dark green (the same color later adorned the 51 Ford shoe box and still later the 1955 T Bird.

A few years later David built a 51 shoe box and it was really special. It had dual exhaust twin carbs, milled heads, shaved hood and trunk, frenched headlights, and a floating grill bar. It was lowered 3 1/2" up front and 2" in back with flared fender skirts and full Moon caps on the rims.

So in 2010, which was my first year attending the Southern California Timing Association Bonneville Speed Week event at the salt flats, I needed to find a second photographer on short notice. David said yes and off we went. He returned to the salt flats in 2012, 2013 and 2017 to help me shoot the SCTA Speed Week event. It is my pleasure to focus this page and 4 photo galleries on David's runs-on-salt photos.